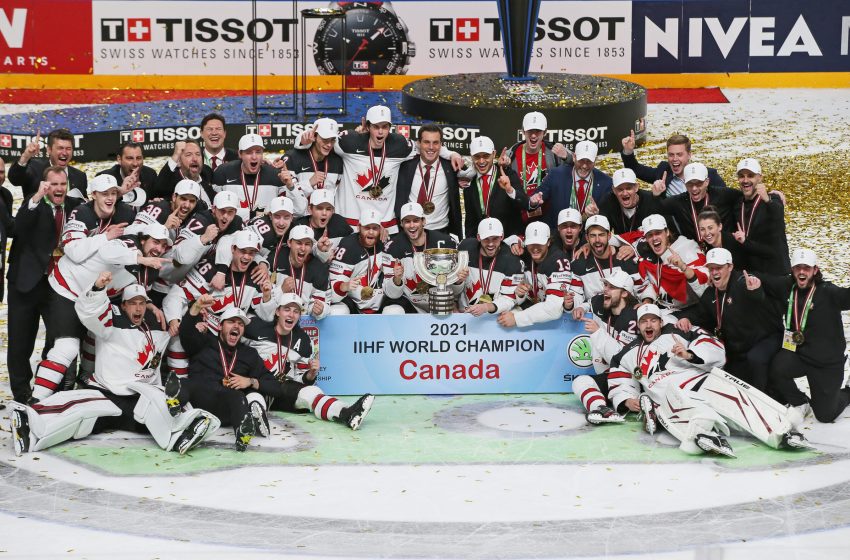 The best time of the year for hockey fans is right around the corner. The NHL will be well into 1st round matchups, and the IIHF World Hockey Championship will be in full swing. This years Tournament starts on May 13th in Tampere and Helsinki, Finland.

Canada should be able to assemble a stronger roster than last years young, inexperienced team that won the gold medal on the back of players like Andrew Mangipane, Adam Henrique and Troy Stetcher. Significantly less restrictions and fans in the stands will surly help Hockey Canada GM Shane Doan recruit some solid NHL players.

I believe this years team is going to be a mix of a few different types of NHLers.

Here are my selection criteria for this tournament:

Here is the list of potential players to fill out the rest of the roster in no particular order:

As per usual, Hockey Canada has an extensive list of qualified, non playoff NHL players to choose from for this tournament. I don’t think all the best players are going to accept invitations to this year’s tournament. The high-end talent on Canada is going to come from younger players who are on the bubble of making a Team Canada Olympic or World Cup, best on best tournament roster.

Canada’s depth at forward is extremely impressive. They have a ton of great players to choose from that can make an impact. This group will have a good mix of high-end skill, size, and an ability to play the game however you want. What to run and gun? Want to lock it down defensively? The Canadian forwards will be able to play any style you want.

Here are some intriguing players who I think will be headed to Finland:

Nick Suzuki: Suzuki came into the 2021/22 season with extremely high expectations after being a key member of the Canadiens team that went to the Stanley Cup Final. People were comparing his game to future first ballot hall of famer Patrice Bergeron. Unfortunately Suzuki and the Habs fell way short of expectations. Having a strong Worlds could salvage a disappointing season for the young Habs forward. Suzuki has a legit chance to be on the short list to make a future Team Canada Olympic or world cup roster and Hockey Canada shows loyalty to players who join the Worlds.

Matthew Barzal: The Coquitlam BC native is coming off a down year with the Islanders. Brock Nelson leap frogged Barzal on the Islanders depth chart which led to Matthew playing with less-than-ideal linemates like an aging Zach Parise, Kieffer Bellows and Oliver Wahlstrom. Going to play at the Worlds would give Barzal the opportunity to show Hockey Canada that he is in fact an elite player. His speed and shiftiness in the offensive zone will make him a huge threat on the big ice in Finland.

Chandler Stephenson: Chandler is coming off a career year for the Vegas Golden Knights scoring 20 goals and 40 assists in 76 games. Stephenson is a perfect candidate to accept an invitation from Hockey Canada. This might his only chance to play for his country as Vegas is likely to be a playoff team for a long time.

Pair of Ryan Pulock and Adam Pelech: The pair of Pulock and Pelech is one of the most underrated in the NHL. There were conversations around these two being a pairing on Team Canada’s potential 2022 Olympic roster. They are that good. Both players are going to want to play for Hockey Canada before the next best on best tournament to build some loyalty and good will with the Hockey Canada program.

Goaltending will be Canada’s biggest concern in this years tournament. All of Canada’s top goalies are either injured or playing in the playoffs like Marc Andre Fleury, Darcy Kuemper, Carey Price, and Tristian Jarry. Hockey Canada is going to have to pick from an assortment of 1B and backup goalies around the NHL. Hockey Canada should start investing more in the goaltending position because there is not a lot of elite talent once Marc-Andre Fleury and Carey Price retire.