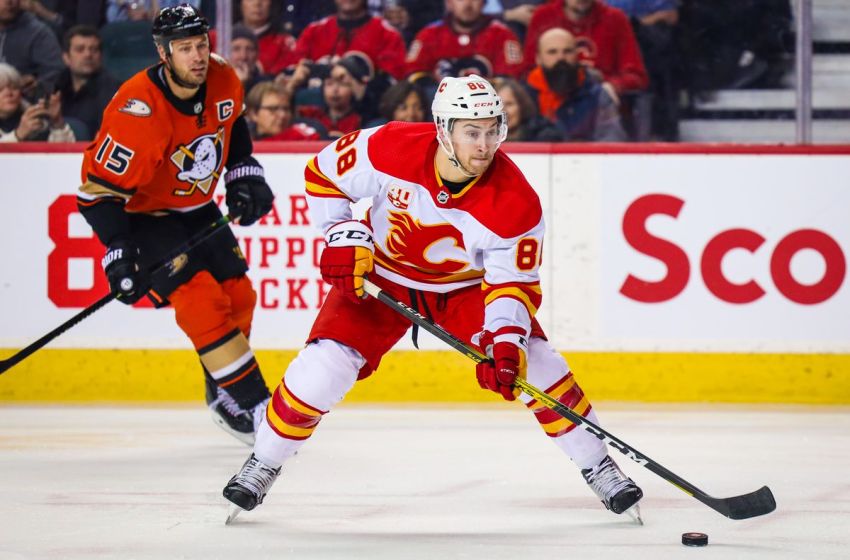 Heading into the 2021/22 season, Flames fans were expecting former 6th round pick, Andrew Mangipane to take the next step in his NHL career. Especially coming off an incredible World Championship performance which earned him tournament MVP in the summer of 2021.

But I don’t think even the most optimistic Flames fans could have envisioned what was to come for number 88.

Mangipane is having a historic goal scoring season for the Calgary Flames. He currently is tied for 8th in goals in the NHL with 29. He is scoring at a 45-goal pace over 82 games. That is an incredible accomplishment for Mangipane and the Calgary Flames. If Andrew were to continue on a similar pace and eclipse the 40 goal mark, he would be the first player not named Jarome Iginla to score 40 goals in a season since 1996 when Theo Fleury scored 46.

In fact, there are only 3 players (not including Jarome Iginla) from the last 25 years of Flames hockey who have scored 35 or more goals in a single season.

The most impressive part about Mangipane’s ability to score goals this season is that he has done it playing on the Flames second line at 5 on 5 and on the second power play unit. His most common linemates among forwards this season are Mikael Backlund, Blake Coleman, Dillon Dube, and Milan Lucic. Andrew is the only player in the top 10 goal scorers who doesn’t play on a top line, first power play unit or plays consistently with elite players.

Mangipane has only played (at all strengths) 26:52 with Matthew Tkachuk, 30:37 with Johnny Gaudreau, and 49:16 with Elias Lindholm. Imagine the numbers Mangipane could be putting up this season had be been able to play on the top power play unit? Or play on a line with one of Gaudreau or Tkachuk?

Mikael Backlund and Blake Coleman are two good NHL hockey players. But they are normally not the kind of guys who are going to help their linemate score 40+ goals in a season.

The numbers also back up Mangipane’s career season. He is currently 2nd in the NHL with 1.75 Goals/60 at 5 on 5, 4th in Goals/60 at all strengths, and 5th in total goals at 5 on 5. These accomplishments are nothing short of remarkable for a player who was passed over in the 2014 draft, and not drafted until the 6th round in 2015.

Flames fans should not be taking this historic season from Mangipane for granted. He has become one of the most important players in the organization as he provides essential secondary scoring for a top-heavy team. It is going to be fascinating to see what his next contract looks like. Brad Treliving is going to be in for one tough negotiation if Mangipane keeps up this incredible pace.

All Stats are Courtesy of Natural Stat Trick.