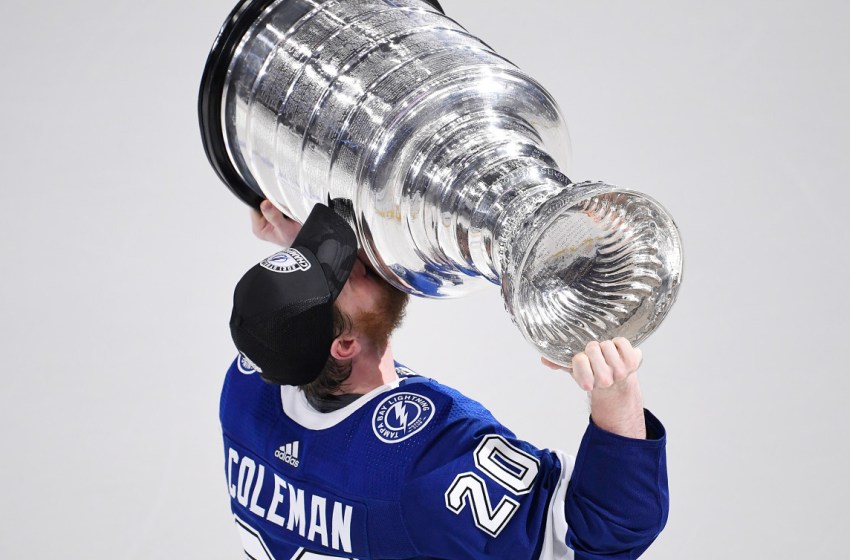 The first day of free agency has come and gone and what a day it was. Going into today, I thought the Flames would be quiet by only adding some depth players to their roster.

Boy, was I wrong.

I was in shock when Pierre LeBrun sent his tweet confirming that Blake Coleman had decided to sign with the Calgary Flames. I was convinced he would go to a large US market like a Boston or Dallas. But it sounds like that is not his vibe. He is a laid back, down to earth, family man who liked the idea of living in a quieter city. I am sure he also liked the fact that the Flames offered him 6 years and 29.4 million dollars.

Make no mistake about it, Blake Coleman is a great hockey player. He is everything this Flames team needs right now. He’s fast, a tenacious forechecker, tough to play against, and skilled. He’ll fit in well on a line with Mikael Backlund and Andrew Mangipane which will likely be one of the great analytical lines in the NHL next season.

Although he is a solid player, I think it is fair for Flames fans to be hesitant about his contract. We all suffer from a little Brad Treliving free agency PTSD because of Troy Brouwer and James Neal. And it’s fair to compare the Coleman contract to those two. Coleman, who will turn 30 in November, is cashing in on a career year and 2 straight impressive performances in the Stanley Cup Playoffs. Which were the exact same reasons why Brouwer and Neal were brought to Calgary. However, as of right now Coleman is a better player than both Brouwer and Neal. But giving 6 years to a 30 year old free agent is not ideal,,,,

Overall, Coleman makes the Flames forward group significantly better heading into next season. We will see how long he can live up to his contract. But for now, let’s enjoy Blake Coleman as I am sure he will be a very good player for the Flames next season.

Early Wednesday morning, Brad Treliving acquired hulking, 6’5 defender Nikita Zadorov from the Chicago Blackhawks in exchange for the 3rd round pick acquired from Toronto in the David Rittich trade. The best part of this deal was Elliott Freidman’s tweet and the reactions to it.

Like every other team in the NHL, the Flames have bought into the theory that large, physical defensemen help you win playoff games. My guess is that Zadorov’s intimidating presence in the Avs 2019 playoff demolition VS the Flames played a large role in shaping the opinion of Flames management on this player. The Flames did not like how Zadorov pushed around the smaller Calgary forward group, hence why they traded for Milan Lucic.

Zadorov is strong defensively and is one of the hardest hitting players in the NHL. He does a good job using his size to push players off the puck and win battles along the boards. The problem with Zadorov is that he takes a lot of penalties and is a black hole offensively. One Chicago beat writer described Zadorov’s offensive game as “an adventure every time the puck is on his stick”. That is not an ideal quality you want in a second pair defenseman.

The Flames will have to sign Zadorov to an extension as he is currently an RFA with arbitration rights. The rumor out of Chicago was that he was looking for as much as $5M per season on a long-term extension. Let’s hope Brad Treliving can put his strong negotiation skills to work and get Zadorov signed to a reasonable deal.

This was the least surprising move of the day for the Flames. Trevor Lewis was a logical fit in Calgary. Darryl Sutter loves him, he’s versatile, a right shot, and can provide some leadership to a Flames team that needs it after losing their long-time captain.

Lewis will play on the Flames 4th line at either center or right wing. He might be taking away a spot from a young player. But I am ok with that. I think it is a good thing to make your young players earn their way on to the NHL roster. I think there will be some good competition in training camp for a position or two on the 4th line.

This was my only prediction I got right on the day.

The Flames gave up their second 3rd round pick of the day in acquiring Daniel Vladar. This trade came out of nowhere. Vladar is a young goalie with only 5 games of NHL experience. The nice thing about Vladar is that he is 6’5, and only makes $750,000 for the next two seasons. Having $6,750,000 tied up in your goalie tandem is great from a cap flexibility standpoint. Bruins fans on social media are upset with Vladar being traded which is a positive sign for Calgary.

I will leave the analysis of his game to people who have watched him:

Overall, the Flames are a better team than they were yesterday. The Coleman signing should make a positive impact for the next few seasons. But the team is still not good enough to truly contend for a Stanley Cup. They need to make a splash. And that splash has to be Jack Eichel. The Flames are still meddling in mediocrity with this version of the roster.

They need to make a decision. Go all in, or rebuild. It’s time for them to truly go for it. Give up the picks and prospects necessary to bring in Jack Eichel and give yourself a chance to win over the next 3-5 years. And if it doesn’t work out, then blow it up. Scorched earth style.

The Flames have been in the “middle of the road” for 30 years. It’s time for Brad Treliving to go all in.