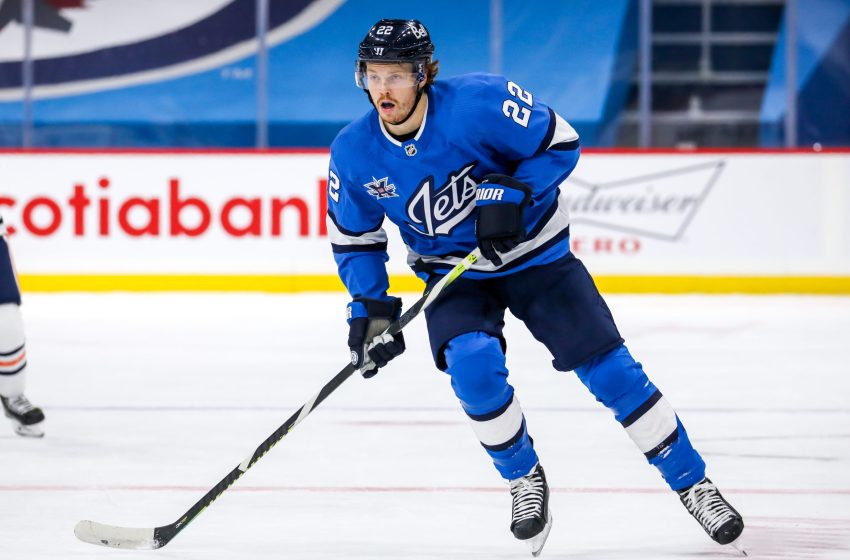 WINNIPEG, MANITOBA – JANUARY 24: Mason Appleton #22 of the Winnipeg Jets keeps an eye on the play during first period action against the Edmonton Oilers at Bell MTS Place on January 24, 2021 in Winnipeg, Manitoba. (Photo by Jonathan Kozub/NHLI via Getty Images)

The Calgary Flames are about to embark on a critical offseason. GM Brad Treliving will be shaking up the Flames roster this summer, with most of the work likely being done to the forward group. I’ll be posting articles on forwards who the Flames could realistically acquire this offseason. Let’s start with Mason Appleton.

Mason Appleton played in all 56 games this regular season with the Winnipeg Jets. He was primarily used in a defensive, 3rd line, shut down role with Adam Lowry and Andrew Copp. Appleton scored 12 goals and added 13 assists. 24 of his 25 points came at even strength. Over an 82-game season he would have scored at a 17-goal pace.

He possesses everything the Flames are looking for in a forward this offseason. Firstly, he is a right shot. The Flames are in desperate need for right shots in their forward group. Elias Lindholm and Matthew Phillips are the only two forwards signed for next season that are right-handed.

Secondly, Appleton is a terrific skater. He is able to create separation, get to puck battles first, and plays a strong defensive game because of his skating. The Flames are arguably one of the slowest teams in the NHL. Appleton would help improve their pace.

Lastly, he has proved that he can check. Darryl Sutter said in his year end press conference that in order to win the NHL you have to be big, fast, and you have to be able to check/defend. Appleton can do it all. He was part of one of the better shut down lines in the NHL last season with Copp and Lowry. He was also the 5th most used forward on the Winnipeg penalty kill last season.

I believe Appleton has more to give offensively. In an expanded role, he could score 20-25 goals. I see him playing on a second line with Mikael Backlund and Andrew Mangipane and getting time on both special team units.

Appleton is very affordable. He will make $900,000 in the 2021/22 season before becoming a RFA. That is important considering the lack of cap space the Flames are going to be working with.

The Jets are facing an expansion issue. It is expected that the Jets will be protecting the following forwards:

That leaves no room for Mason Appleton. Which means the Jets have a few options with this player.

NHL insiders have speculated that the Kraken are essentially extorting teams who have expansion problems. It is going to cost an arm and a leg for the Jets to keep Appleton. Wouldn’t the best course of action be to acquire an asset in exchange for him and lose a lesser player in the expansion draft?

This is a player I would be heavily targeting if I were Brad Treliving. The Flames need to find ways to find inexpensive, diamonds in the rough. Appleton is certainly that.