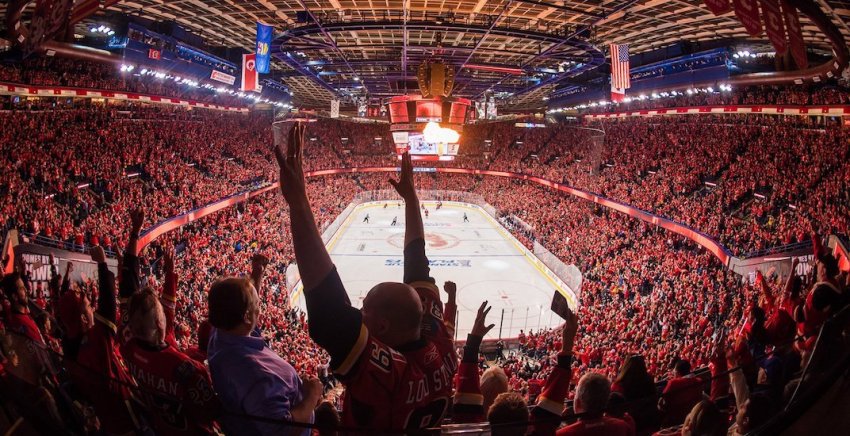 The Flames are about to embark on one of the most intriguing and unpredictable off-season’s in team history. The decisions made this summer will set the direction of the organization for the next number of seasons. Ownership has given the management group the mandate to win now. GM Brad Treliving has quite the challenge in front of him. But have no fear, Brad, I am here to help you.

Here are the moves I would look to make if I were Brad Treliving.

Goaltending is pretty easy. Jacob Markstrom will return as the Flames starter next season. When healthy last year, Markstrom played at a Vezina Trophy level. He hurt is neck in a collision with Tanner Pearson that threw his game out of whack. I expect a fully healthy Markstrom to regain his form from the beginning of last season.

The interesting decision will revolve around who the backup will be. The Flames will likely want to spend as little as possible on this position. Markstrom will play 60-65 games and will make $6,000,000. The backup will need to come in at $1,500,000 or less. I am going to guess they sign James Reimer to a 1 year 1 million dollar contract. In his last 2 seasons, Reimer has had a 2.66 GAA and a .910 SV%. He lives in Kelowna in the offseason and his wife is from Western Canada. I think he could be a good, inexpensive fit with the Flames.

The Flames will have to fill a major hole with the loss of long time captain, Mark Giordano. He was relied on heavily by Darryl Sutter playing 24+ minutes a night under the new Head Coach. I do not think they will be able to replace Gio with one guy. Noah Hanifin and Juuso Valimaki will need to take another step this season. On top of that they’ll need another top 4 defenseman in trade or free agency.

The player I would add is UFA Jake McCabe. The 6’1, 204 pound, left shot defenseman has spent his entire career with the Buffalo Sabres.  McCabe is a defensive defenseman who can play hard minutes against high quality competition. He has outstanding underlying numbers for someone who has played for the Sabres as long as he has. He would be a good fit with either Chris Tanev or Rasmus Andersson. It will cost a lot to bring this player to Calgary as he will be a sought-after free agent. I am signing him to a 4 year contract with an AAV of $3,250,000.

There is also an opening on the right side of the third pairing. The Flames will likely bring in a player with size and experience like a Luke Schenn or Erik Gudbranson. But I think they should go off the board. I would target Chris Wideman. Wideman is coming off an outstanding season in the KHL where he voted the top defenseman in the league. He was exiled from the NHL after he and his Ottawa teammates were caught on camera saying some not so nice things about the Senators coaching staff in an Uber. He was establishing himself as an everyday NHLer before the Uber incident occurred. I think the Flames could sign him to an inexpensive 1 year contract worth $950,000.

Juuso Valimaki will sign an 1 year deal with an AAV of $950,000. I would also sign Michael Stone and Connor Mackey to 1 year, 2-way contracts as depth pieces.

Here is where things get interesting.

The Flames need to find the following players to fill out their lineup:

Not the easiest thing to do in a flat cap world.

First, I would try to make a blockbuster deal with the Arizona Coyotes.

I think the Flames will have to give up a lot of picks and Dillon Dube not only to acquire Garland and Dvorak, but also to have Arizona take on Sean Monahan’s contract. It is a steep price to pay, but it makes the Flames offence significantly faster and more skilled. Garland specifically would add a dynamic skill element to the second line that the Flames desperately need. This would give the Flames one of the best top 6 forward groups in the Western Conference.

If you’ve been following me on Twitter or reading my blog, you know how much I love Ross Colton of the Tampa Bay Lightning. The Lightning are in a serious cap crunch and would likely not be able to match an offer sheet made on Colton. The Flames can sign him (if he accepts) to a 1 or 2 year deal with an AAV of $1,356,539 and not have to give up any compensation. This decision is a no brainer to me.

My last move would be signing RW Trevor Lewis to a 1 year contract. Darryl Sutter loves the way Trevor Lewis plays the game. Lewis is a great veteran leader who has won multiple Stanley Cups and can help fill the void Mark Giordano left from a leadership standpoint.

After all these moves, it leaves the Flames with $4,091,795 worth of cap space. I would not use that additional cap space because Johnny Gaudreau, Matthew Tkachuk, and Andrew Mangipane are all in line for raises next season. I will leave that cap space available for a trade of a player on an expiring contract at the deadline if the Flames are in playoff contention.

I think this roster would give the Flames a legit shot at making the playoffs. The upgraded roster, internal improvement from the likes of Tkachuk, Gaudreau, Andersson, Valimaki and Mangipane, a healthy Jacob Markstrom, and a full season with Darryl Sutter behind the bench could be a recipe for success.