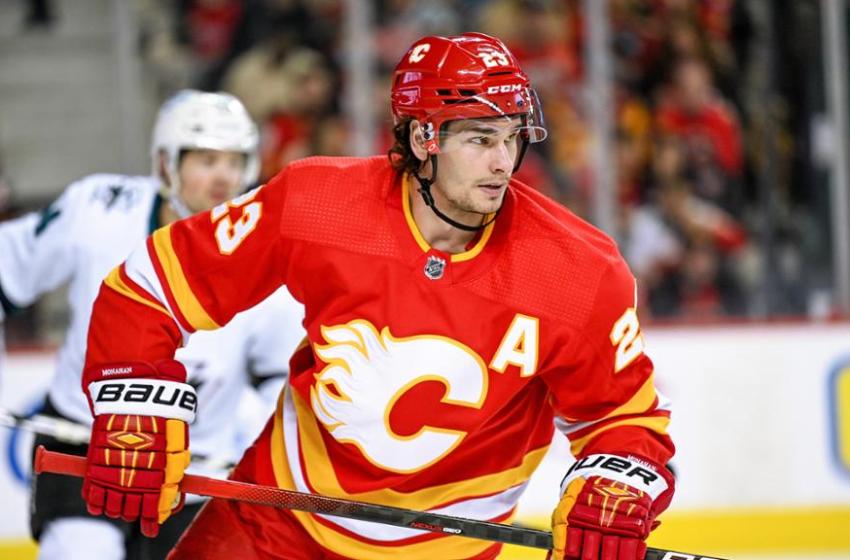 As every Flames fan knows, their team is going to be in quite the salary cap crunch if they can manage to sign Johnny Gaudreau, Matthew Tkachuk and Andrew Mangipane to long term contract extensions.

The Flames are going to have to find a way to unload some cap space. There are a few potential options for them to do this.

There is the option to trade one of Milan Lucic or Sean Monahan. This will be incredibly difficult to do for multiple reasons. First, Milan Lucic has a 10-team trade list (10 teams he would be willing to go to) that kicks in on July 1st, 2022. Sean Monahan has a 10 team no trade list (10 teams where he will not go without waiving his NTC). That obviously limits the number of teams you can work with.

To trade one of these large contracts, the Flames would also have to throw in a high draft pick or trade top prospects. Calgary is in no position to do that as they only have 8 picks in the next two entry drafts. On top of that, their high-end prospect cupboard is lacking in quantity. Calgary simply is not in a position to trade futures to offload 1 remaining year on those contracts.

The one player that might make sense to trade is Tyler Toffoli. The 30 year old winger was acquired by the Flames for their playoff run this past spring. Toffoli got off to a hot start scoring 7 goals in his first 15 games. But his play declined after that only scoring 5 goals in his last 31 games including the playoffs.

Toffoli had a hard time fitting in on the ice at 5 on 5. He was never able to find chemistry on the Flames 2nd and 3rd lines. He is a poor skater at the NHL level and is on the wrong side of 30. Because of this, Toffoli might be on the verge of a fairly steep decline in his game. This has happened to many recent players who turned 30 and weren’t high end skaters like James Neal, Troy Brouwer, Loui Eriksson, Andrew Ladd, David Backes, and Milan Lucic, etc.

Toffoli’s cap hit is $4.25M for 2 more years. He still has value around the league and the Flames would likely be able to acquire a draft pick or a prospect in return for Toffoli rather than attaching an asset to him like you would with Monahan and Lucic. The Flames also need to re-coup some draft picks as they only have 8 in the next two drafts combined. Toffoli might help you fetch one or two more.

There is a realistic scenario where Milan Lucic retires after he collects his $3M bonus on July 1st. Lucic is set to only make $1M in salary next season. He has had an amazing career and has nothing left to prove. Plus, he has a young family to look after. Does he want to play a 4th line role where he hits, fights, and beats up his 34-year-old body to only make $1M when he has already made over $71M in his career?

The Flames could sweeten the deal by offering him a position in the front office to give him a career path for his post playing days, like what they have done with Craig Conroy and Brian McGrattan. For example, the Flames could offer him a role as a professional scout. Lucic would be able to watch games from California and the Flames could add to their pro scouting staff which is desperately needed.

There are two buyout periods in a NHL offseason. The first window opens 48 hours after the Stanley Cup is awarded. The Flames will not be able to buy out Sean Monahan during this period because of his injury status. Monahan would have to sign off on a buyout while he is still rehabbing from right hip surgery. This scenario is obviously unlikely to happen.

The second buyout period, and the one the Flames might be able to use on Sean Monahan, could happen later in the summer.

“Teams may receive an additional Buyout window. If a team has a player go to arbitration and it is either settled or awarded, the team receives a new 48 hour buyout window beginning 3 days after the arbitration settlement or award.”(Courtesy of PuckPedia https://puckpedia.com/salary-cap/buyouts)

The Flames could open a second buy out window for themselves if they take one of their RFA players to arbitration.

Here is a list of the Flames RFA’s who are eligible for arbitration this summer:

The Flames will not want to go to arbitration with Matthew Tkachuk and Andrew Mangipane as they will want to sign them to long term deals without having to go through this process. They will not want to do this with any of their minor league players as they do not want to run the risk of those players being awarded a 1 way NHL contract.

Here is the scenario I am pitching.

Once an arbitration date is set, the Flames would have to set their sites on medically clearing Sean Monahan and his hip before Kylington’s arbitration hearing.

Monahan should be very close to being medically cleared in August. He was shut down on April 4th, 2022. Brad Treliving recently said on May 28th that Monahan is 5-6 weeks ahead of schedule and is set to start skating in the next few weeks.

Last season the Flames shut Monahan down on May 28th. He was back at training camp in September as a full participant.

Based off his recovery time from last season and knowing he is 5-6 weeks ahead of schedule, he could potentially be medically cleared in the month of August. Just in time for the Flames to be able to use their second buyout window. Calgary would be able to open up $4M in cap space for the 2022/23 season and have a cap penalty of $2M in the 23/24 season.

The Flames would either settle with Oliver Kylington before his hearing or go ahead with an arbitration case. Calgary would sign Kylington to a 1- or 2-year deal in this scenario as an arbitrator can not award a contract beyond 2 years.

This is obviously easier said than done as arbitration cases can get nasty and affect the long-term relationship with a team and player. And the Calgary would have to perfectly time Monahan’s rehab schedule and clearance. But it might be worth going through this process in order to free up $4,000,000 in cap space during such a critical summer for the organization.

There are some potential ways to work around the Flames cap issues. Being able to pull off one of trading Tyler Toffoli, convincing Milan Lucic to retire, or buying out Sean Monahan in the 2nd buyout window could be huge in the Flames opening up enough cap space to re-sign their top RFA and UFA’s.