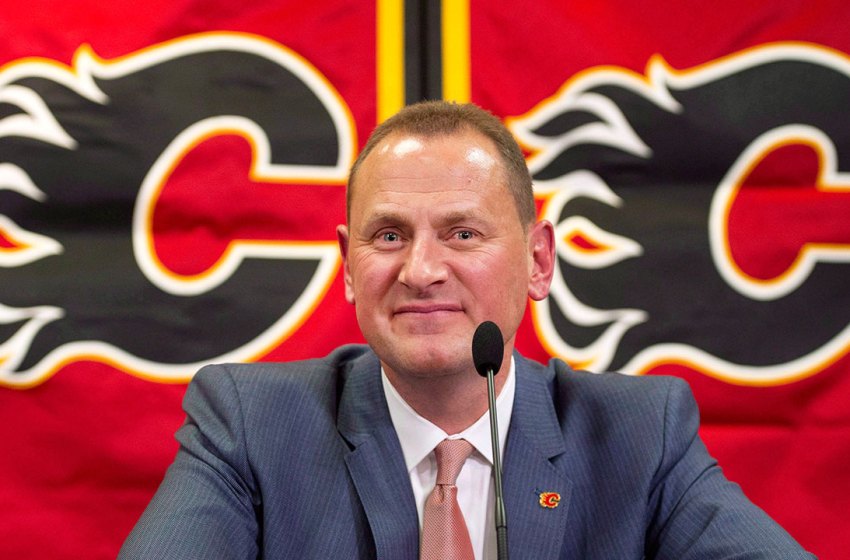 In part 2 of the Treliving Chronicles, I will be looking at the Flames free agent acquisitions since Brad Treliving took over the team in 2014.

Championship teams do the following in free agency:

Championship teams use free agency to fill out the bottom end of their roster with players on value contracts. Very rarely do free agents make a major impact on good teams. Most of the time they end up being over valued and over paid. Great GM’s do not make mistakes on July 1st. Great GM’s are able to find diamonds in the rough. For example, look at what the Florida Panthers were able to accomplish last offseason. They signed Anthony Duclair, Carter Verhaeghe, Alex Wennberg, and Nikita Gusev as free agents. Those 4 players make a combined $5,950,000. They have scored a combined 47 goals and 55 assists. James Neal signed a 5 year deal with an AAV of $5,750,000 with the Flames. In his one season with Calgary, he scored 7 goals and 12 assists in 63 games. That is the difference between a saavy GM and one that values intangibles too much.

Brad Treliving has spent a total of $177,125,000 on free agent contracts. Wait until you see some of the players they spent it on. If I were Murray Edwards, I would throw Brad Treliving’s phone into the Elbow River every Free Agent Frenzy Day.

I will not be touching on AHL signings and existing Flames players contract extensions.

I have broken his signings into 3 tiers.

This is a strong list of signings for several reasons. First, these are great value contracts and professional scouting to go with it. Kris Versteeg, Garnet Hathaway, David Rittich, and Austin Czarnik are all great examples of how to succeed with free agency. The Flames did an excellent job of getting good talent signed for very little. And in the case of Rittich and Hathaway, finding these players out of nowhere.

Versteeg was a very smart signing. He ended up playing a big role of the first powerplay unit and he made under a million dollars. Austin Czarnik will always be the one that got away for me. He could have been a 15-20 goal scorer had he been put in the right positions by Bill Peters and Geoff Ward. Czarnik was on the precipice of having a breakout season in 2019/20 until he injured his ankle. Dillon Dube took his spot, and we did not see Czarnik in a Flames jersey again.

Derek Engelland was a good signing at the time. He brought much needed size and toughness to a small, young team. He played his role well and was a good stop gap during the rebuild.

Michael Frolik was one of the better free agent signings in Flames history. He teamed up with Mikael Backlund to create one of the better shut down duos in the NHL for 4 seasons. He was part of the 3M line that did a great job defending opponents’ top lines.

Overall, these were some very smart, low risk signings by Brad Treliving and co. These are the types of signings that do not get you in trouble as a GM.

Quite honestly, there is not much to say about this tier of players. Every single one of them did not make much of an impact during their time in Calgary. But these were deals that were once again low risk. If it did not work out, no big deal. Some of these players showed flashes of strong play, but nothing impactful enough to consider them good signings by the Flames.

Tier 2 and 3 make me question Treliving and his pro scouting staffs ability to evaluate talent. Most of the tier 2 and 3 players are not impactful at the NHL level. Why can’t the Flames seem to find diamonds in the rough on a consistent basis like most good NHL organizations? They have wasted so much money and opportunity on fringe NHLers. I seriously question what goes into making player personnel decisions.

It is critical for NHL teams not to overspend on players in their 30’s who are on the downside of their careers. The Flames unfortunately did that twice. First, Treliving signed Troy Brouwer to a 4 year contract worth $18,000,000. Brouwer won a Stanley Cup with the Blackhawks in 2010 and had just come off a successful playoff run with the St Louis Blues. The thought was Brouwer will provide veteran leadership, playoff experience to a young team and also produce in the 20-goal range. This did not happen. Study any aging curve, or analyze player performance after they turn 29, and you will clearly see a drastic decline in their 30’s. The Flames put too much stock into intangibles like character, leadership, and experience. Brouwer was bought out by the club after the 2017/18 season. He is still on the Flames cap to this day.

Next is James Neal. All Flames fans know how much of a disaster this signing turned out to be. Neal came to the Flames with the expectation that he would be playing with Monahan and Gaudreau on the top line. He was beat out in training camp by a vastly superior Elias Lindholm. After that, things never worked out for Neal in Calgary. Mainly because he was not good enough. His hands, skating, and play making abilities diminished at an astounding rate. He simply could not keep up. Treliving signed Neal for leadership, character, playoff experience and his past statistics. NHL teams get in trouble when they pay for past performance, rather than projecting and paying for future performance. That’s why giving out large deals in free agency don’t work out the vast majority of the time. Ultimately Neal was traded to the Oilers for Milan Lucic. Lucic is signed until 2022/2023 taking up 5.25 million dollars of cap space.

The Jacob Markstrom and Chris Tanev signings need context before we put them in tiers.

In a vacuum, the Jacob Markstrom signing looks good. For the last two seasons before coming to Calgary, he turned into a top 10 goalie in the NHL under Canucks goaltending coach Ian Clark. The Flames had been going through different goalie tandems every season, and seemed like they could use stability. Because of this, the Flames locked up Jacob Markstom to a 6 year contract worth 36 million dollars. Seems fine right? Well think about this. Cam Talbot became the Flames number 1 goalie in the second half of the 2019/2020 season and playoffs. His performance during that time was very good. Number 1 goalie quality starts. The issue last season was not goaltending. It was an inability to score goals, create offence, and play with speed. So why not re-sign Talbot to a 3 year deal worth 11 million dollars and use the additional cap savings to sign an inexpensive scoring forward. The market was littered with them last offseason (Anthony Duclair, Mike Hoffman, Tyler Taffoli, Carter Verhague, Craig Smith, Mattias Janmark, Andreas Athanasiou, etc.). Although it is nice to finally have stability in net, it comes at a large price. I think the Flames cap space could have been utilized better if they had signed Talbot and signed other free agents to help score goals and play with speed.

Chris Tanev was the biggest surprise this season. He’s played some great hockey in his first year wearing red. He was one of the best shut down defenders in the NHL. He plays big minutes on the PK and played against the other teams top lines night in night out. He was signed by the Flames to a 4 year deal worth 18 million dollars. Although this past season was been great, I still have my reservations about this contract. Tanev is 31 years old, plays an incredibly taxing style of hockey, and has a long history with injuries. He has never played more than 70 games in a season. He blocks shots and takes a beating on a nightly basis. How much longer can he keep up this level of play? On top of all that, the Flames signed Tanev as a replacement for TJ Brodie. In my opinion Brodie is the more valuable player. He’s a better skater, passer, and doesn’t get injured. He also plays well with Mark Giordano. I seriously worry what the last 2 years of Tanev’s contract are going to look like. I hope he continues this high level of play, but I am skeptical. The signing looks good now, but let’s wait a few more years to determine where this ends up.

Overall, free agency has not been too kind to the Flames, Treliving, and their pro scouts. They have hit on some good value contracts, but they’ve also missed on some major contracts that have hurt this team during their “contention window”. The signings of Neal and Brouwer have hurt this team’s salary cap structure mightily as they are still paying the buy out of Troy Brouwer and paying Milan Lucic 5.25 million dollars when he is no where close to that value anymore.

In the future, I hope the Flames learn from their mistakes and stop spending big money in free agency. Time and again it hurts NHL franchises more than it helps them in their quest to win a Stanley cup.