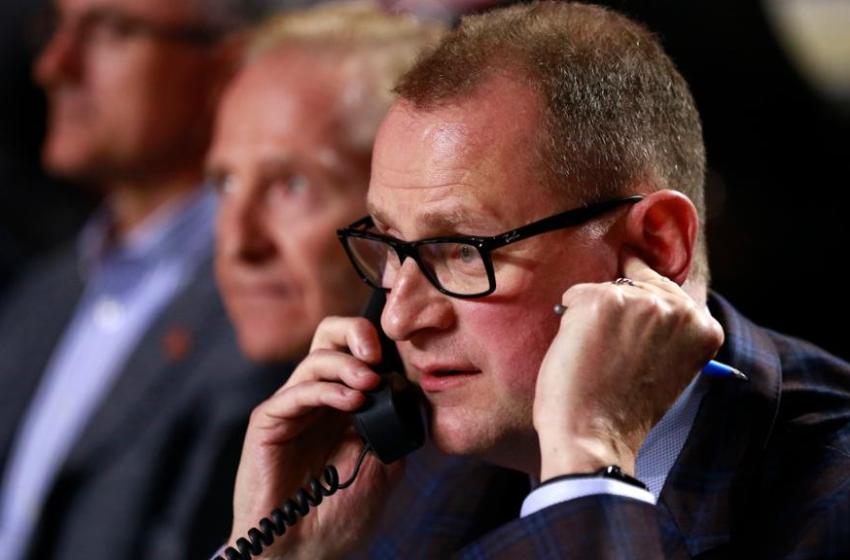 Asset management is something the Treliving administration has struggled with. There have been too many times where the Flames have held on to assets who were coming off career years, rather than trading them immediately after the season. I’ve said it before and I will say it again, the Flames should have been in a rebuild from 2014-2018. They should have sold off assets that were not going to help them in the long term. A perfect example is the 2015 offseason. They were coming off a round 1 victory over Vancouver. They were the ‘Find A Way Flames’. It was a miracle season that obviously would not happen again. Instead of thinking this same roster could duplicate the season before hand, they should have moved on from the following players right away because they were at their peak value: Jiri Hudler, Dennis Wideman, Kris Russell, Lance Bouma, David Jones, Joe Colbourne and Josh Jooris. It was obvious that this group of players would not be able to sustain the pace they had set in the previous season. Unfortunately, their trade values plummeted the following season and the Flames were not able to receive the value they should have had they dealt them after the season. Think about the draft picks they could have acquired for some of those players.

I also look at the way he has handled this core group of players. I think it became obvious after the 2019 playoff loss to the Avalanche that the core group was not good enough. They aren’t built to win in the playoffs. They were too slow and too small. I think Treliving had a great opportunity to sell high on 1 or 2 of Sean Monahan, Mark Giordano, TJ Brodie, and Johnny Gaudreau. All 4 coming off career years. But once again, he held on to them. That core group the following year has a poor regular season and an even worse playoff losing to Dallas in the first round. If it wasn’t obvious before, it was now. It was time to reconfigure the core. But once again he held on to these players. Monahan, Gaudreau, and Giordano’s trade value have totally diminished, and they won’t be able to recover the assets they might have ben able to acquire had they dealt them a year or two previous.

The Calgary Flames have a horrific history when it comes to hiring coaches. In the 41 year history of the organization they have hired 19 coaches. 19 coaches! Let that sink in. Almost a new coach every 2 seasons. That is insane. Brad Treliving has not helped that number.

Since Treliving was hired in 2014 the Flames have employed 5 different head coaches. The Flames and the Buffalo Sabres are the only 2 franchises to have had 5 coaches since 2014.

I don’t have any issue with Bob Hartley and Glen Gulutzan. Hartley was the coach when Brad Treliving took over the job. Treliving kept him on for his first two seasons as GM. It worked out well with the Flames playoff series victory against the Vancouver Canucks. I also thought the Gulutzan was a good hire. It was a young team and they needed a ‘players coach’ to take over from the very tough Hartley.

Here is where it gets ugly. It starts with Bill Peters. I don’t need to remind everyone about what happened to Bill Peters. Everyone knows he was fired for uttering racial slurs towards Akim Aliu in the AHL. The crazy thing is that Brad Treliving only interviewed 1 person for the opening. It was Bill Peters. That’s it. How is that acceptable? Treliving should have interviewed multiple candidates for the position. It’s managerial malpractice to only interview 1 person for a critical hire like this. And it totally backfired on Treliving and the Flames organization.

Then there is Geoff Ward. I think Ward was a good choice to take over the team from Bill Peters in the 2019/20 season. He was the associate coach and had a really good relationship with the players. He led them out of a bad start both on and off the ice. But when the season was over, it was obvious that it was time to hire a real NHL head coach. The epic game 6 collapse VS Dallas and the goalie pull was the straw that broke the camels back. But once again, Treliving only interviewed 1 other candidate for the job, Darryl Sutter. He ended up giving Ward the Head Coaching title and a 2-year extension. Brad once again did not do his due diligence in this situation. Why does he not feel the need to interview multiple candidates? I think that is a huge reason why his coaching hires have failed miserably.

Darryl Sutter was a smart hire. But I find myself asking how much of that decision was Treliving’s idea? How much influence did ownership have in that decision? I would speculate that it was ownership who told him to hire Sutter.

I don’t know what the Flames identity was as a team until Darryl Sutter was brought in this past season. That is a big problem. In order to win in the NHL, you need to have an understanding of what identity you want your team to have. This affects who you hire as a head coach, what style you play, and the players you bring in to play to that identity. Brad Treliving is responsible for creating that mandate.

Brian Burke talked about being big, nasty, truculent, tough. They were not that. They aren’t fast. They aren’t overly skilled. What are they? The roster just seems like a random assortment of different kind of players with no common theme or identity.

Hiring a new coach with radically different styles every 18 months doesn’t help with creating an identity….

I think Sutter is going to change this moving forward. It is obvious that the Flames will now be a tight checking, structured, big team who will be difficult to play against. It won’t be very entertaining, but at least they’re finally committing to playing a certain way.

Not Pulling the Trigger

One of Treliving’s signature moves during his time in Calgary is finishing second or third in sweepstakes for high end players who are available in the trade market. The Flames have lost out on Pierre-Luc Dubois, Taylor Hall, Marc-Andre Fleury, Mark Stone, Josh Anderson, Jason Zucker, Nazim Kadri, and potentially Jack Eichel. Treliving refuses to pull the trigger on these moves or can’t get them over the goal line. Because of this the team has remained status quo, middle of the pack and perpetually mediocre. The team has obviously not been good enough to contend, so why do you not make these moves?

Treliving inherited a core group of Johnny Gaudreau, Sean Monahan, Mark Giordano, Mikael Backlund, and TJ Brodie. Not a bad starting point for a rebuild. His major moves to surround the core have been acquiring the following players:

That is simply not good enough. Treliving has spent extremely valuable draft picks during a rebuild on players who have made no impact on winning. The pro scouting of the Flames is a serious problem, and I think Treliving has a major say in that.