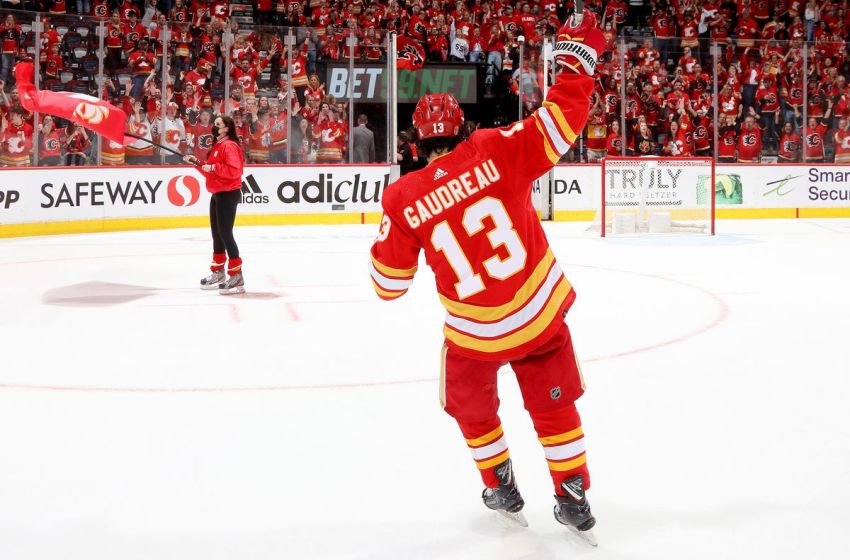 We are officially one month away from Johnny Gaudreau being able to hit the open market as an unrestricted free agent. Although there is a good chance he decides to stay in Calgary on an 8 year contract extension, there is also a realistic possibility that he decides to sign elsewhere.

I do think it’ll come down to Calgary, New Jersey and Philadelphia. We all know the reasons he’d want to stay in Calgary. He has said publicly numerous times that he loves Calgary, the people and organization. The team has a legit chance to win with Johnny on a long term deal, Darryl Sutter behind the bench and their core players essentially all in the prime years of their careers.

But the one thing Calgary can’t offer compared to teams like the Devils and Flyers is proximity to home, his family, his wife’s family and their friends. This is the biggest cause for concern if you’re a Flames fan wanting Johnny to stay long term.

The biggest reason why this is so important is because Johnny and his wife Meredith are expecting their first child in the near future. Will Johnny and his wife want to be close to home when raising a young family? Having the support of family and friends when raising a child is important especially for someone like Gaudreau who has a demanding travel schedule. Gaudreau is obviously very close with his family, and I could see him wanting to be close to home, especially now that he is starting a family.

Because of that, I am bracing myself for Johnny to sign elsewhere on July 13th.

If he leaves, what will the Flames look like heading into next season?

Goal Scoring on The Roster

The Calgary Flames offense has run through Johnny Gaudreau since he arrived in Calgary in the 14/15 season. Without Johnny Hockey, I don’t know where the goals are going to come from. He was in on 115 goals from last season. 92 of his 115 points were primary. Gaudreau is one of the rare players in the NHL who makes the people around him significantly better from an offensive production standpoint.

You would expect Matthew Tkachuk and Elias Lindholm, the two biggest beneficiaries of Johnny’s play making, to take significant steps back in their production. Lindholm and Tkachuk are very good players, but they’re not 80 and 100 point guys without Johnny. Another question that must be asked is will Matthew Tkachuk want to stay in Calgary long term without Johnny Gaudreau?

The trio of Mikael Backlund (32), Blake Coleman (31), and Tyler Toffoli (30) take up $14.5M on the Flames cap. All of them are on the wrong side of 30. And they are all coming off down seasons in terms of goals per game. It’s not realistic to think that they are going to be able to get better with age and hard miles on their bodies.

Andrew Mangipane had an impressive 35 goal season playing on the second line and second power play unit. But he went cold down the stretch drive only scoring only 7 goals in his last 30 games which is a 19 goal pace over 82. Is he the elite goal scorer he was in the first half of the season? Or is he more of the guy we saw in the second half?

Dillon Dube will need to take another step in his development. He was wildly inconsistent throughout the season. Is it realistic to think he can score 20-25 goals on the third line with Ruzicka and Toffoli?

It is not feasible to think that any of Milan Lucic, Sean Monahan, Adam Ruzicka, Jakob Pelletier, or any other 4th line player/prospect they bring in will make a major difference on the offensive side of the game.

Trading for an elite offensive talent like a JT Miller, Kevin Fiala, or Alex DeBrincat is likely not going to happen this offseason if you’re the Calgary Flames. They simply don’t have the quantity in terms of draft picks and prospects to offer in a major deal. The Flames would wipe out their prospect depth in an instant If they did offer the package needed to acquire the players listed above.

There are only 5 true difference makers at the forward position in this year’s free agent class: Nazem Kadri, Filip Forsberg, Claude Giroux, Patrice Bergeron, and Evgeni Malkin. I hate to break it to Flames fans but none of these players are coming to Calgary.

One of the worst parts about potentially losing Gaudreau will be that the Flames will have to adjust their style of play without him. Calgary will likely have to become one of the stringiest defensive teams in the NHL, similar to the style of play the Dallas Stars employed in their first-round matchup. They will want to win games 2-1 on the back of Jacob Markstrom and pure defensive hockey. That does not sound like much fun to me. The entertainment value of the Flames product will not be the same without #13 in the lineup.

The Flames will be in an extremely difficult spot if they lose Johnny Gaudreau to free agency. The team’s offence will suffer greatly without #13 as they don’t have anyone on the current roster to plug into his spot. Making a trade will be difficult due to the lack of high-end future assets the Flames possess. And the top end free agents will likely not sign in Calgary.

Let’s hope and pray Johnny Gaudreau decides to sign in Calgary. Losing him for nothing would be nothing short of an unmitigated disaster for CSEC, the Flames, and most importantly, the fans.